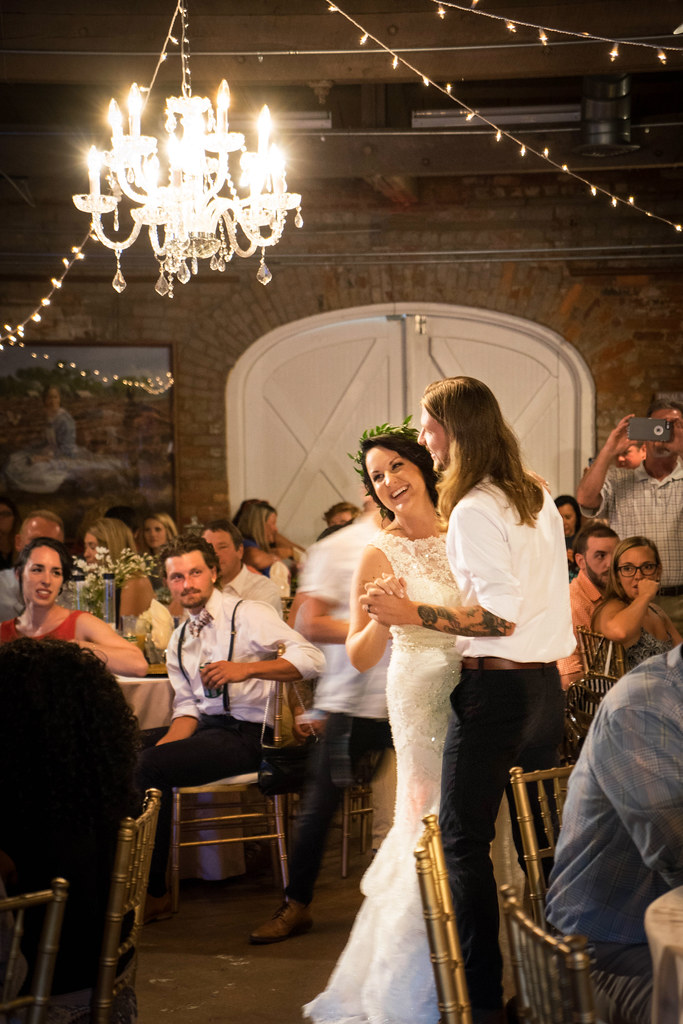 This past weekend, I had the pleasure of attending my niece’s wedding. Don’t you know the wedding was as pretty as she was. I never had a doubt, because that girl has class and style in spades. 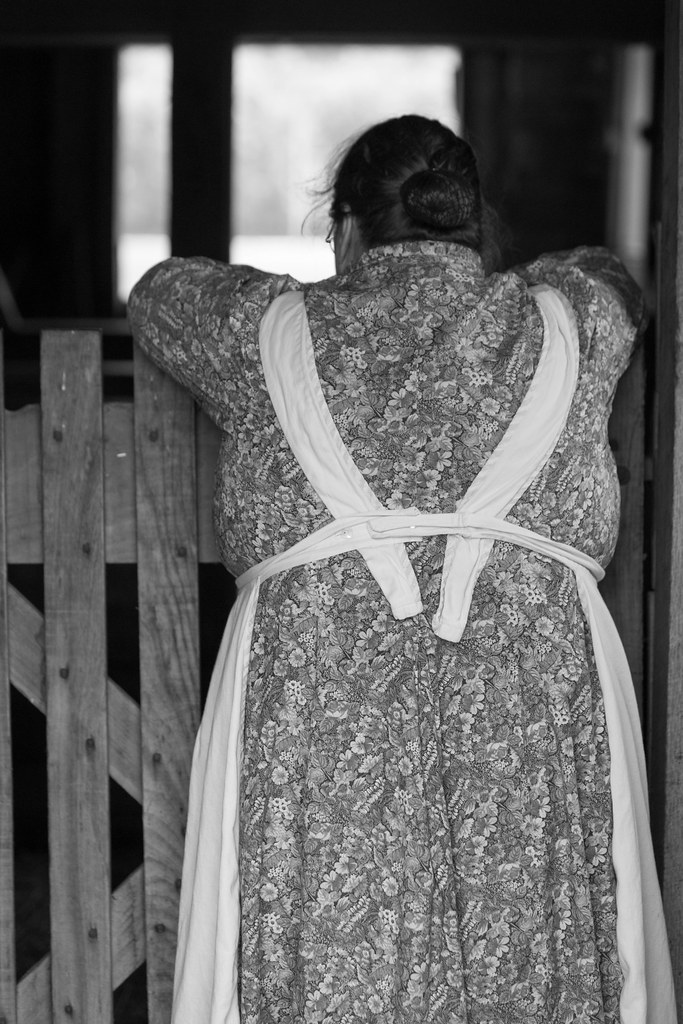 Catching Melinda checking in on the new calf that was born two weeks ago. The wee bull is a male and is not normally named as they will be sold at market.

Melinda on the other hand is a keeper. Big Laugh, bigger heart.

There was a lot of music on the farm over the weekend. The fun started on the back porch and ultimately ended with a cake walk in the big barn. 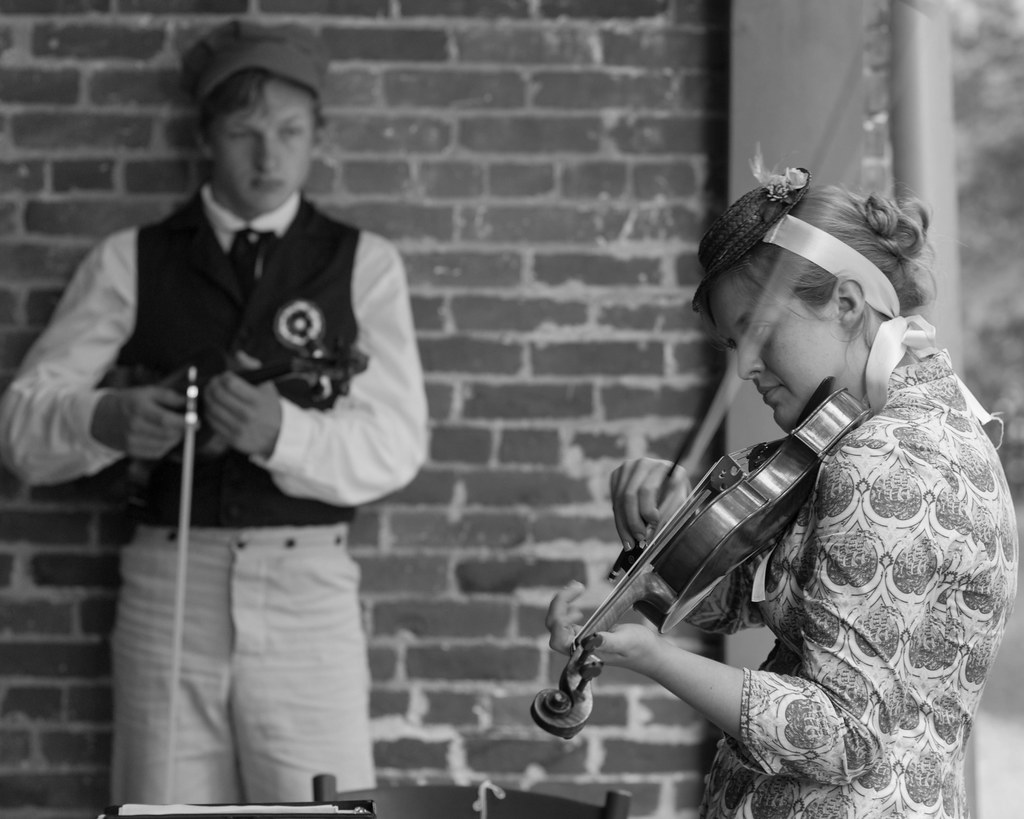 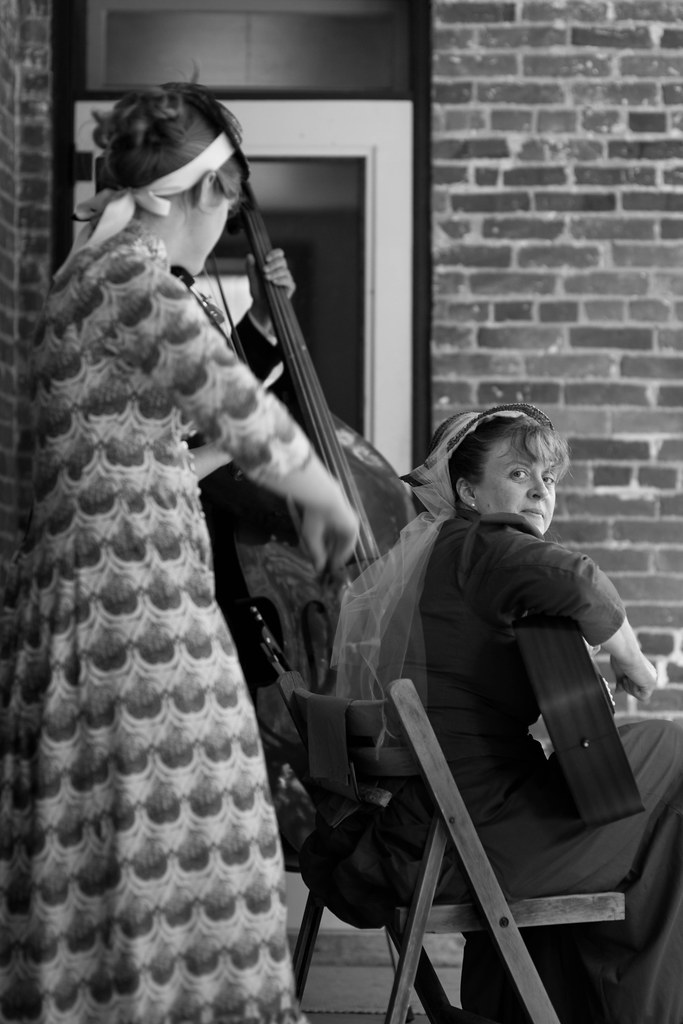 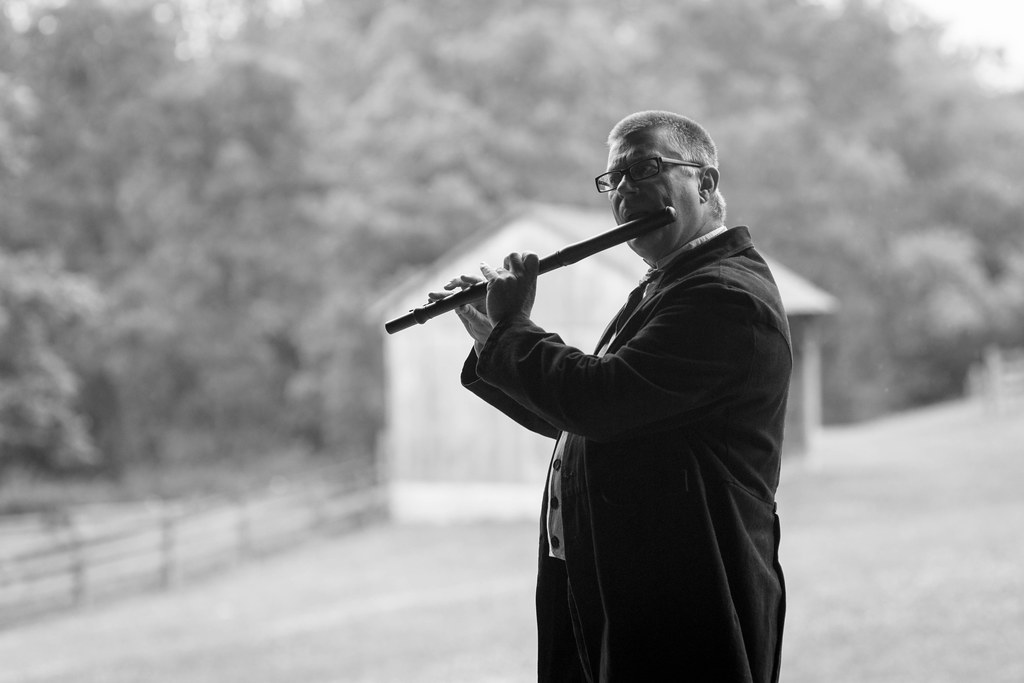 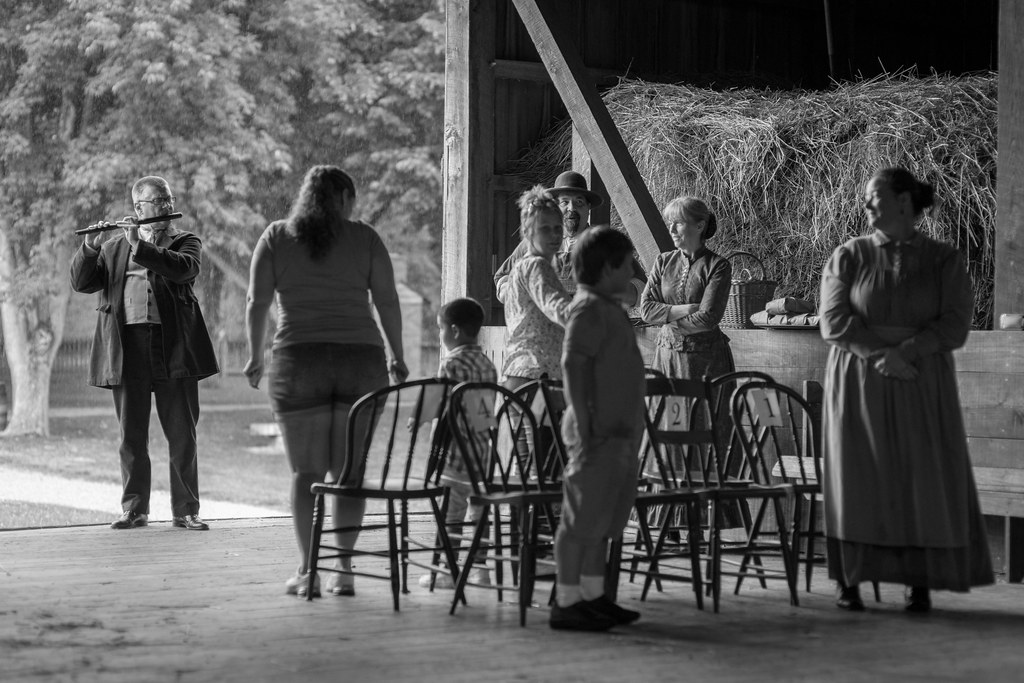 Unfortunately, the rain was steady all day long and the crowd was small. Still, we managed to have a great time. I actually like when the music is officially over, but the musicians hang out and continue playing on their own. Playing for each other and themselves. 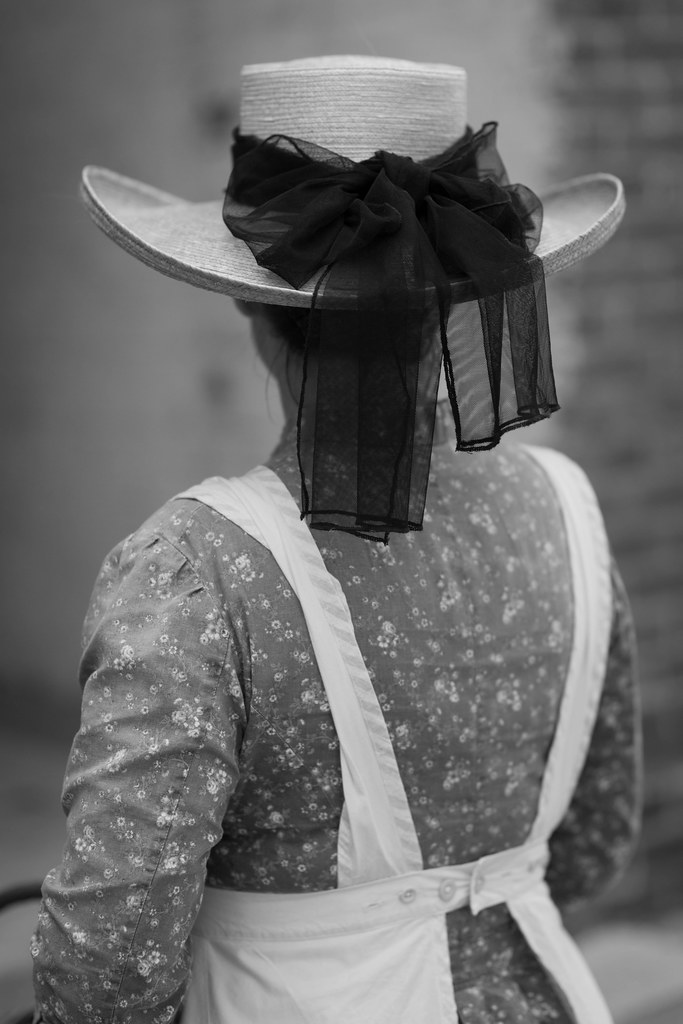 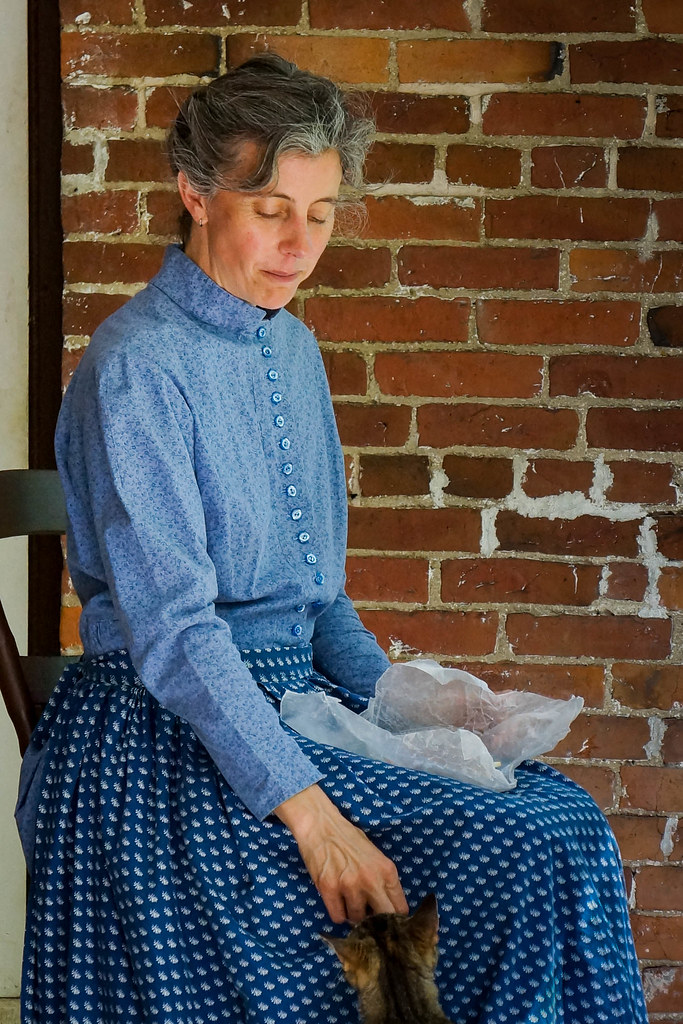 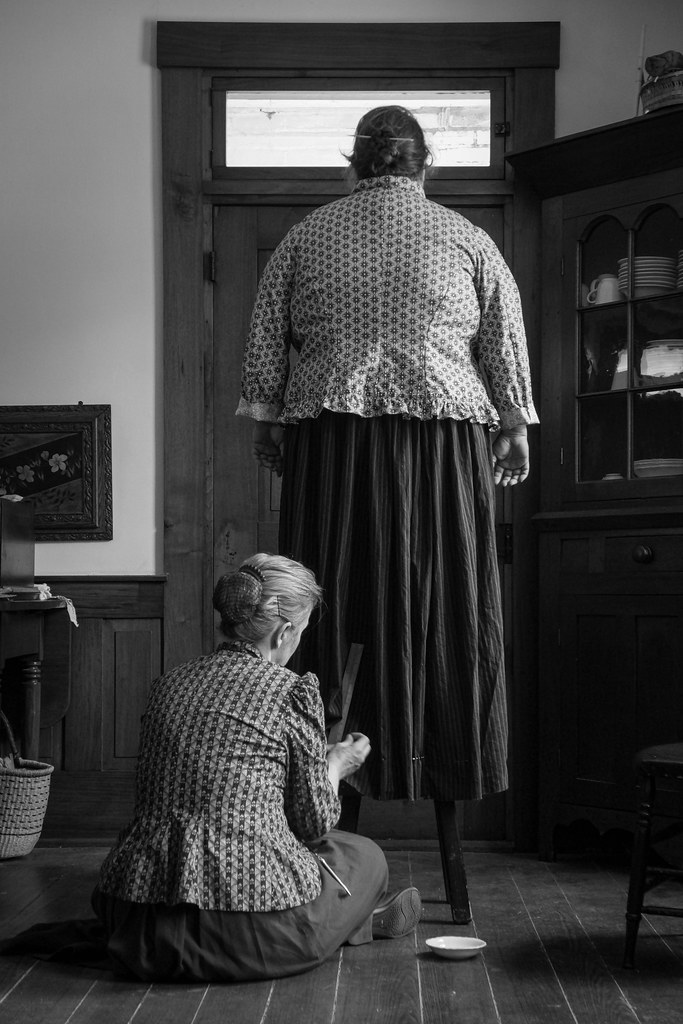 Melinda and Debbie have been working hard on a new ensemble for Melinda. The final outfit will consist of top, underskirt, and over skirt. Debbie is pinning the underskirt, a job best done with Melinda up on a short stool.

There has been a lot of hand stitching as well as sewing on the hand crank machine. Next up, buttons and button holes for the top and assembly of the over skirt.

On another note, I just love the light in this house. There is no electricity, so all of the light comes from large windows that can be found in every room. 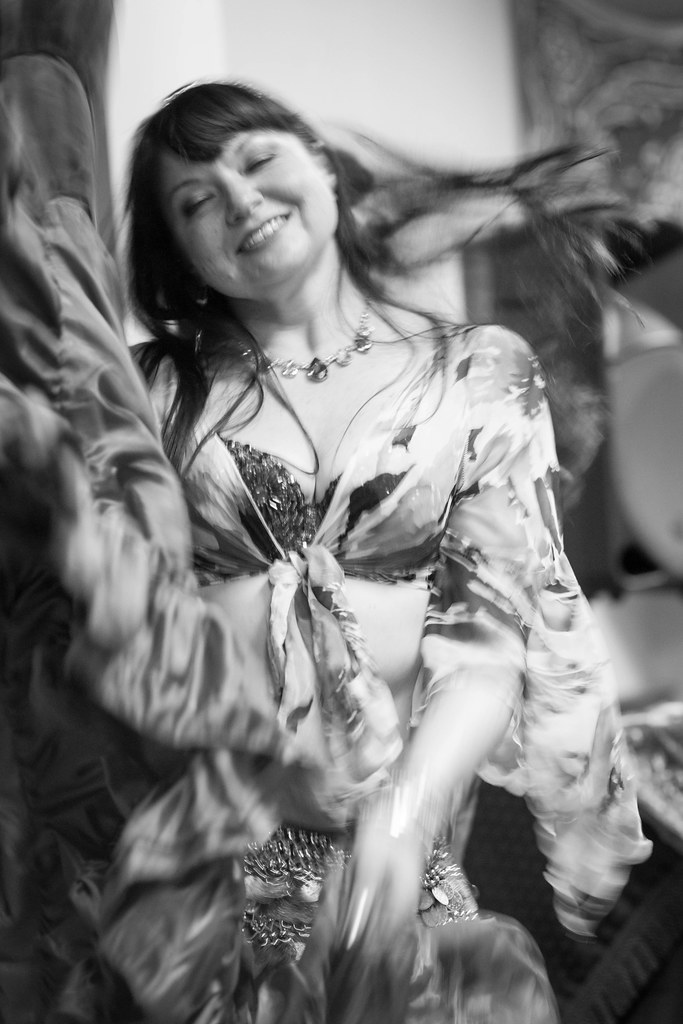 Sometimes it is possible to experience another person’s joy just by seeing them doing something that they love. A sort of happiness by proxy. When Mary dances, I often wonder what is in her head. But, I don’t want to dwell on the thought for fear of losing that sensation of enjoyment of the moment. 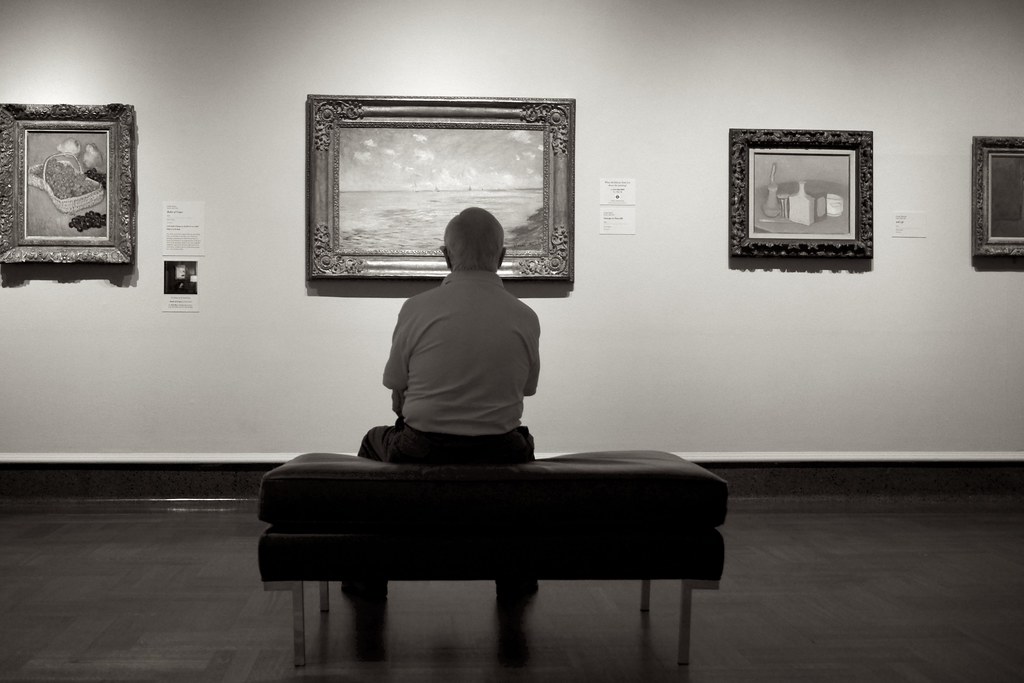 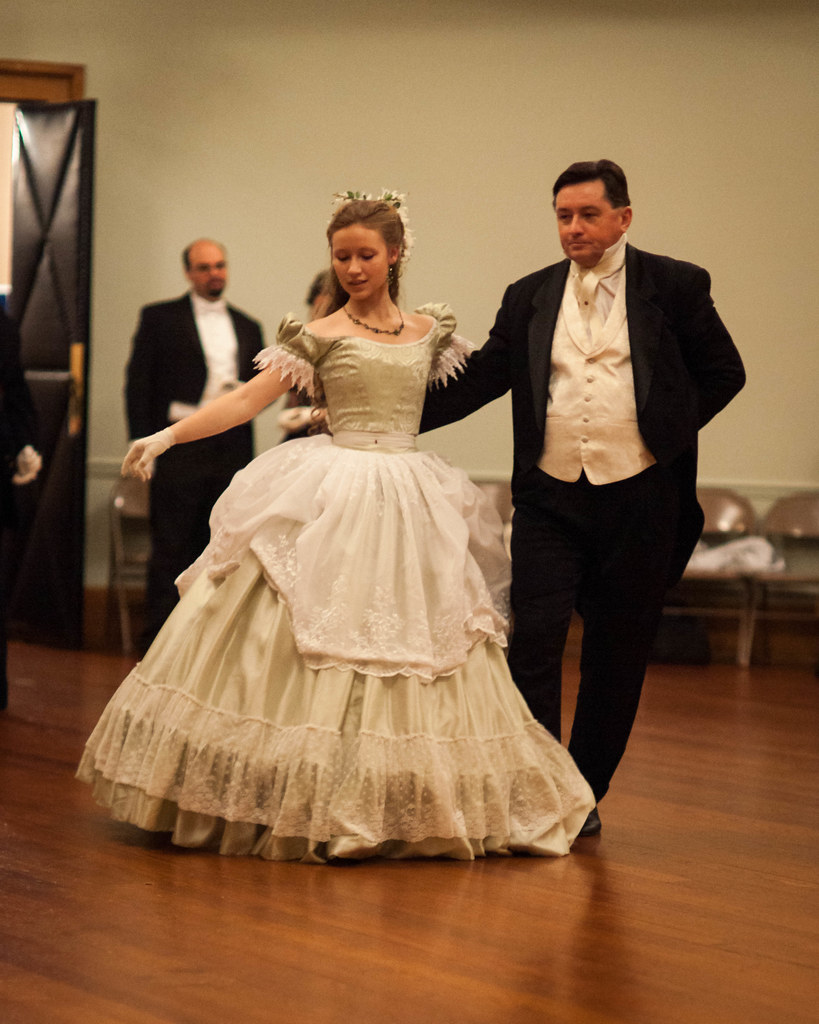 Last year was the first in a number of years, that I was not able to shoot the New Year’s Eve Grand Ball, held in South Charleston, OH. The ball raises money to preserve the local opera house as well as a number of other local landmarks. You can imagine how excited I became when I found that I could make it to the ball this year. 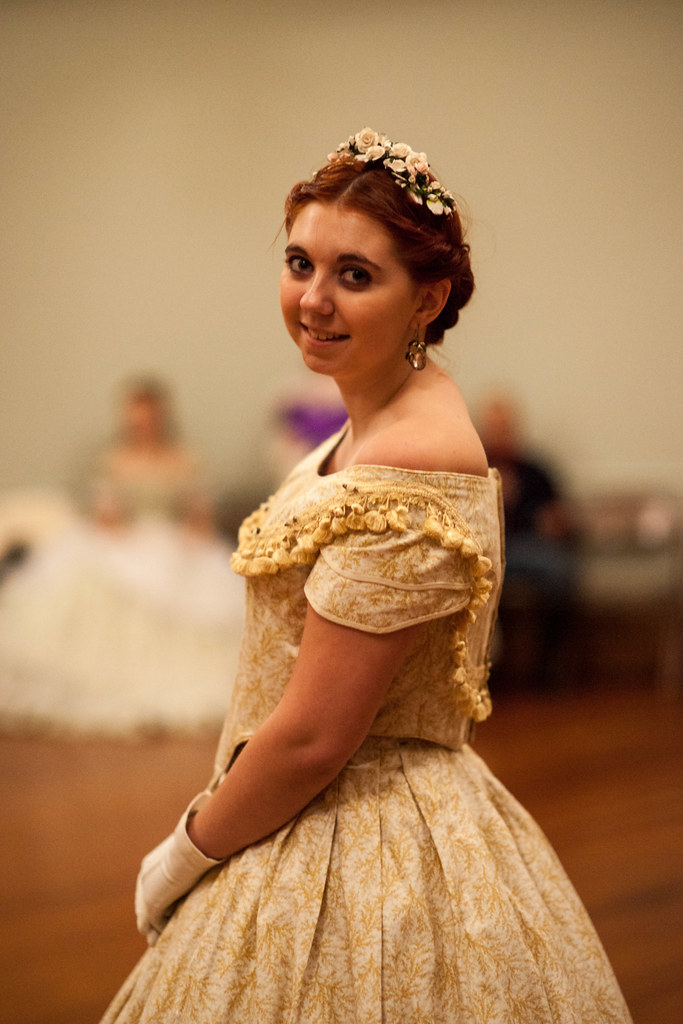 This is a stunning event. Live music, gorgeous dresses and uniforms, wonderful ball room, and more. For a photographer, the event is also a real challenge. The lighting is dim and the dancing means plenty of motion. Bring your fastest gear because you will need it. I struggle with the low light. Most of the night, I shot with an 85mm prime set around f1.7, ISO 1600 and speeds in the 1/30 – 1/80th of a second. Unfortunately, my camera body can’t create usable images at higher ISOs. 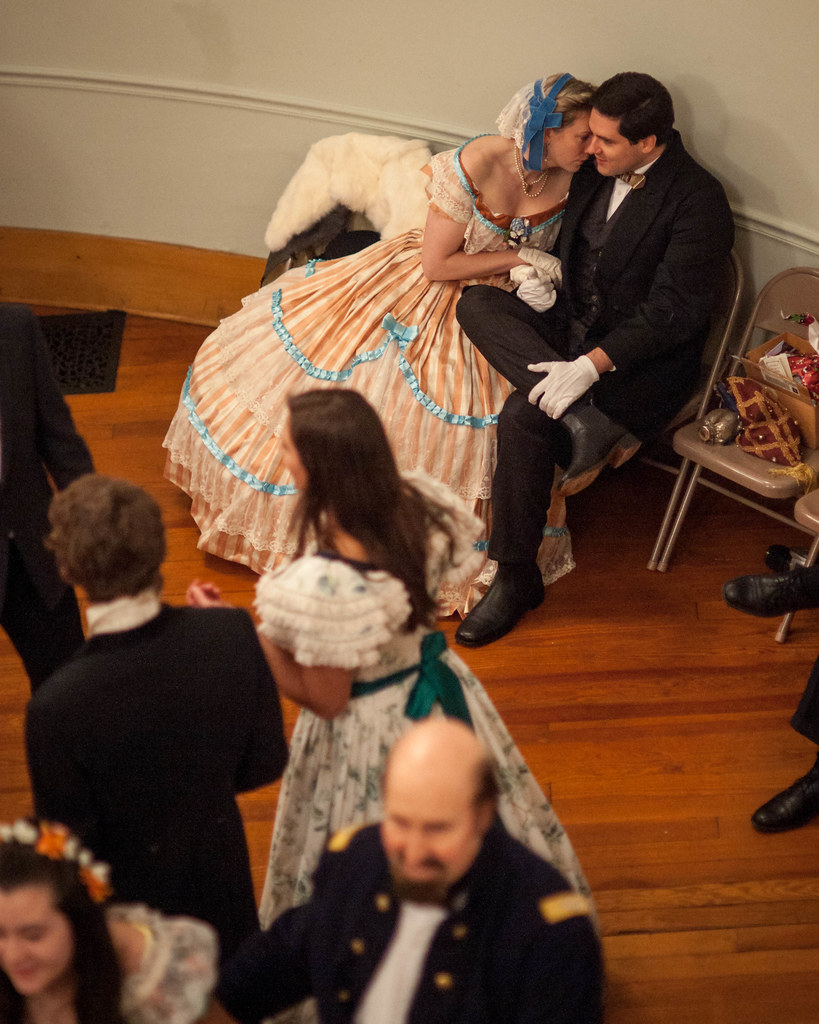 Want to see the rest of the pictures from the ball?
I thought you might, so I created a Flickr album. You can find it here. 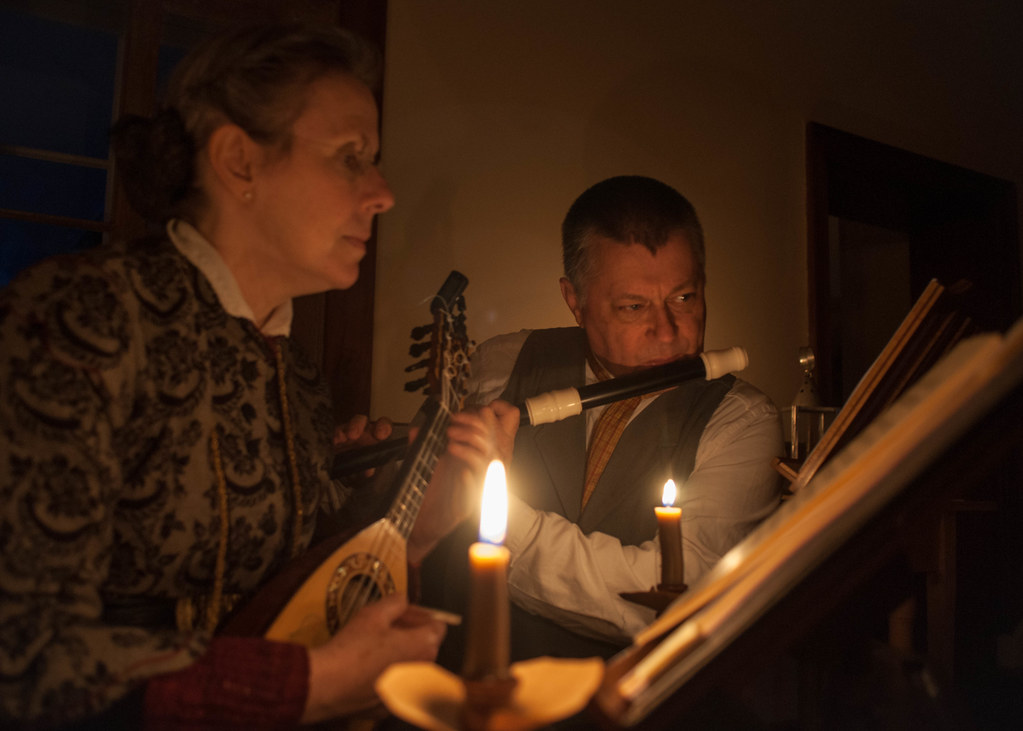 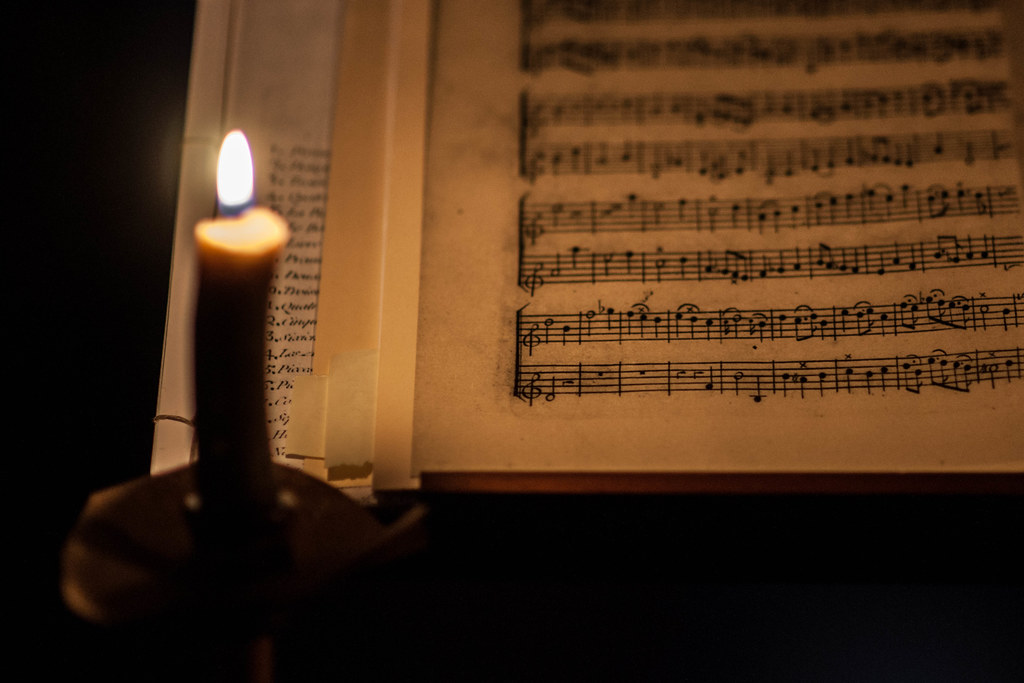 Not much beats hearing Debbie and Rob play baroque music…other than listening to them play by candlelight.

I have some wonderful friends.