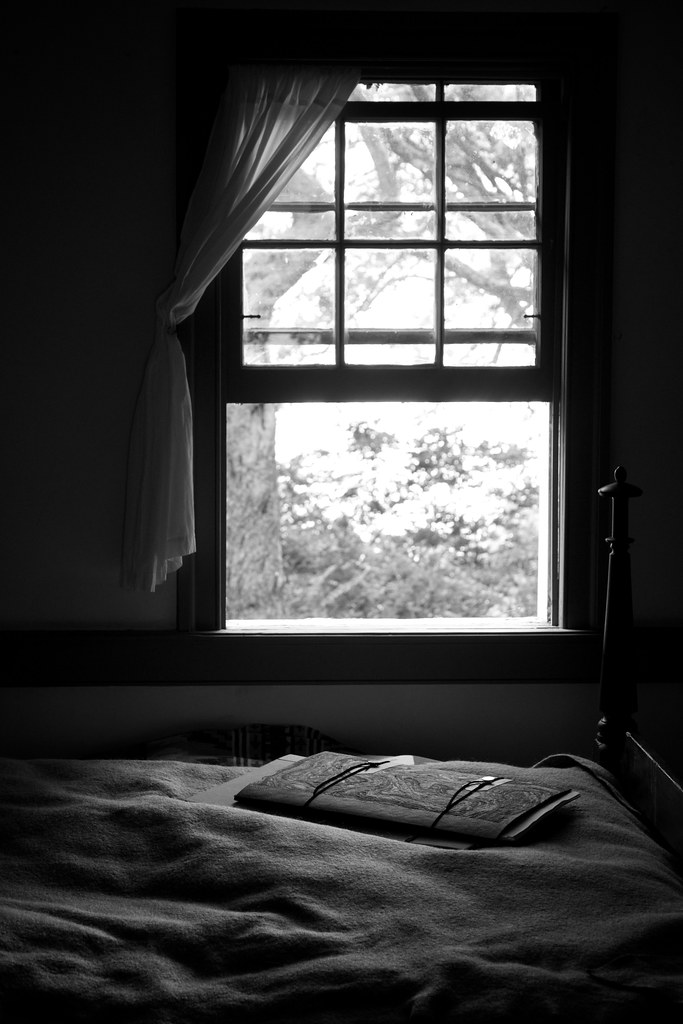 Pa called him Jean in the French way and he did indeed speak with a strange French accent. The man came to visit us every year to hunt and wander the woods looking for birds. We all liked it when Pa announced that Mr. Jean was coming for a visit, even though that meant he would take the big bed and we would be relegated to the trundle or even worse, the floor.

Mr. Jean would bring birds home for us to eat, but some of the birds, he would prop up next to a tree or in some grass and then get out his big book and get to work making likenesses of the birds in charcoal and paint. When Mr. Jean was working in this way, we could watch, but we could not speak or otherwise disturb the man. Pa saw to that with the threat of a switch.

When we were supping, Mr. Jean and Papa would tell stories of their old times, traveling in far off places up and down the Mississippi river way south of here.  Mr. Jean would speak of Haiti, Paris, and London as though he were intimate with the places and people that lived there. My imagination always got the best of me and I would dream of seeing those places.

Mr. Jean would tease me with stories of made up animals like the éléphant which he said was as big as a barn, had trees for legs, sails for ears, and a nose like a snake.

Imagine my surprise when, years later, I travelled far and wide as well and saw an elephant in true flesh and blood in Mr. Barnum's circus. The animal was just as Mr. Jean had said it was, only he had forgotten to tell that it also had the tail of an ass and the rumble of distant thunder.

Also, Imagine my surprise to find that my father’s friend, our Mr. Jean was famous and those silly portraits of birds were known to the King of England himself. 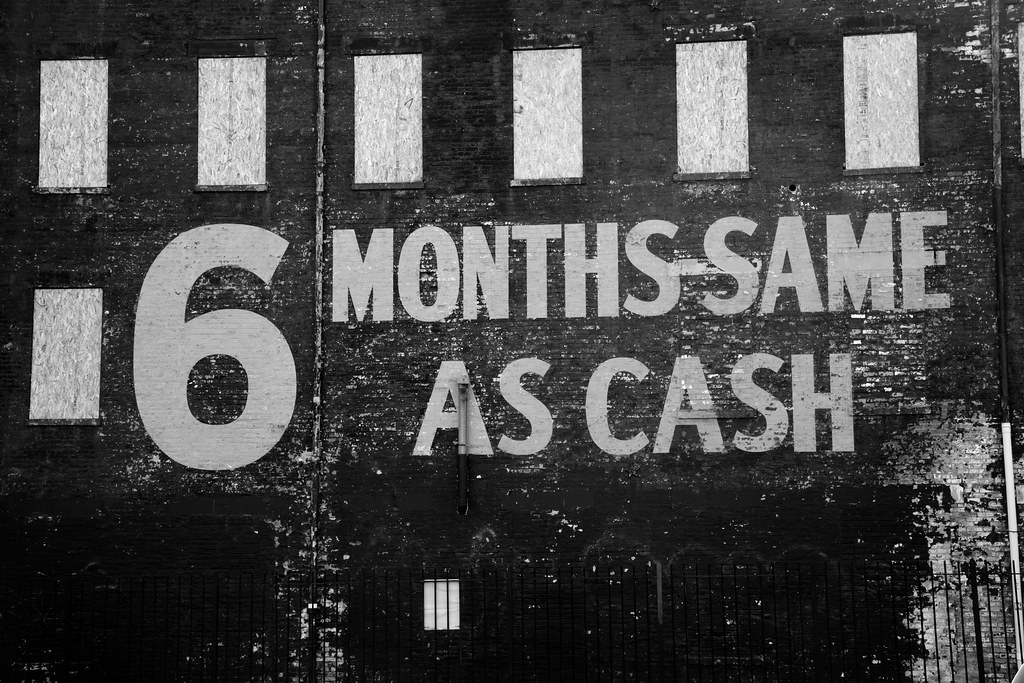 I see this sign everyday as the nurse pushes me onto the patio for some "fresh air". Some days she forgets me and I get two or three hours in the sunshine. Most days, I like the time to myself. I take the opportunity to let my mind wander and to remember the old days. Often I get a good chuckle as my memory brings back some of the better moments. Like the day I met Lilly at the state fair over in Columbus. Boy, she was a looker and full of piss and vinegar. In all her life, she never changed.

Then again, on some days, the weather is cold or rainy and I would rather stroll through the years in the comfort of my room.

Today, the words on the side of the building got me wondering. Would I pay cash for some extra time? Another six months spent in this chair or in that bed. More time with a catheter, tubes, pills, and the beeping machines? Money for six more monthly visits from my niece and her pretty girls? Twelve more calls from my boy and his girl down south someplace? When did my life become just a game of numbers? Small sums and figures? the money? It's all planned out. Except for the college money for the girls, my boy will get what is left. He's earned it, he's a good kid turned fine man.

Would I go for the extra time? No, I don't suppose I would. I'll let God have his way. I'm not ready, but I'm not gonna fight it either.

Six months same as cash. I don't think they are the same and it doesn't seem like a bargain no matter how you look at it. 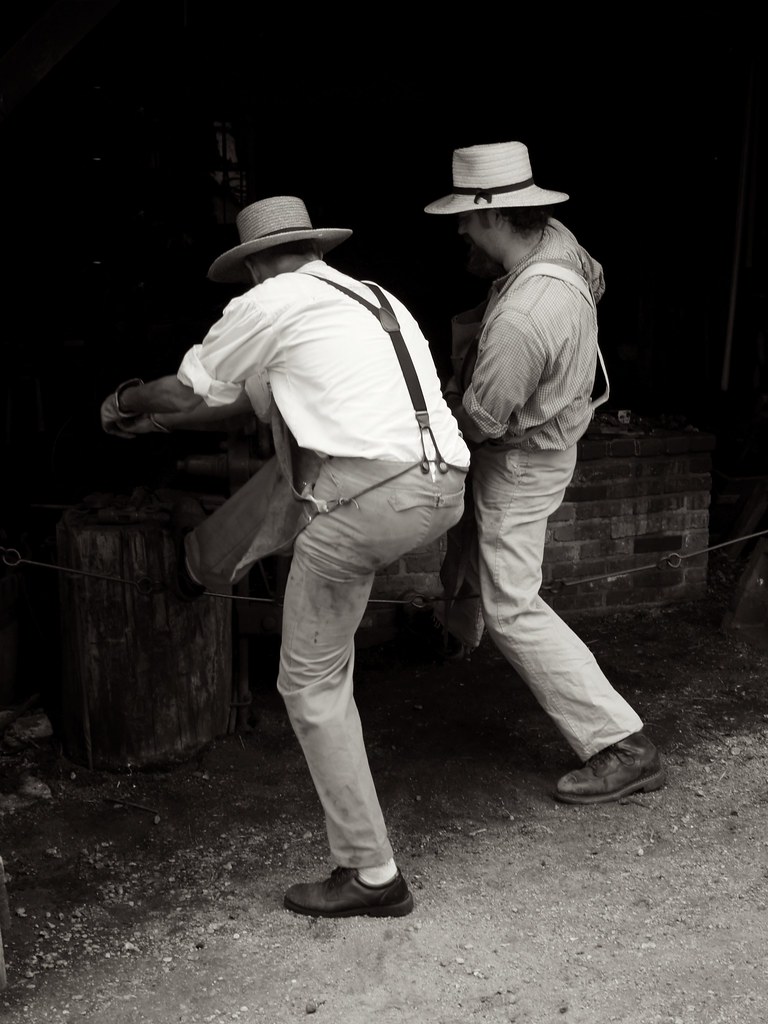 Oh Lord, can you hear that cussing?

I’m not sure if it‘s Daddy or Mr. Henry?

Daddy is fixin to spit nails. I knew it the second I heard them hammers drop. Daddy is wailing on that piece of iron hard!

Run! They is looking our way! 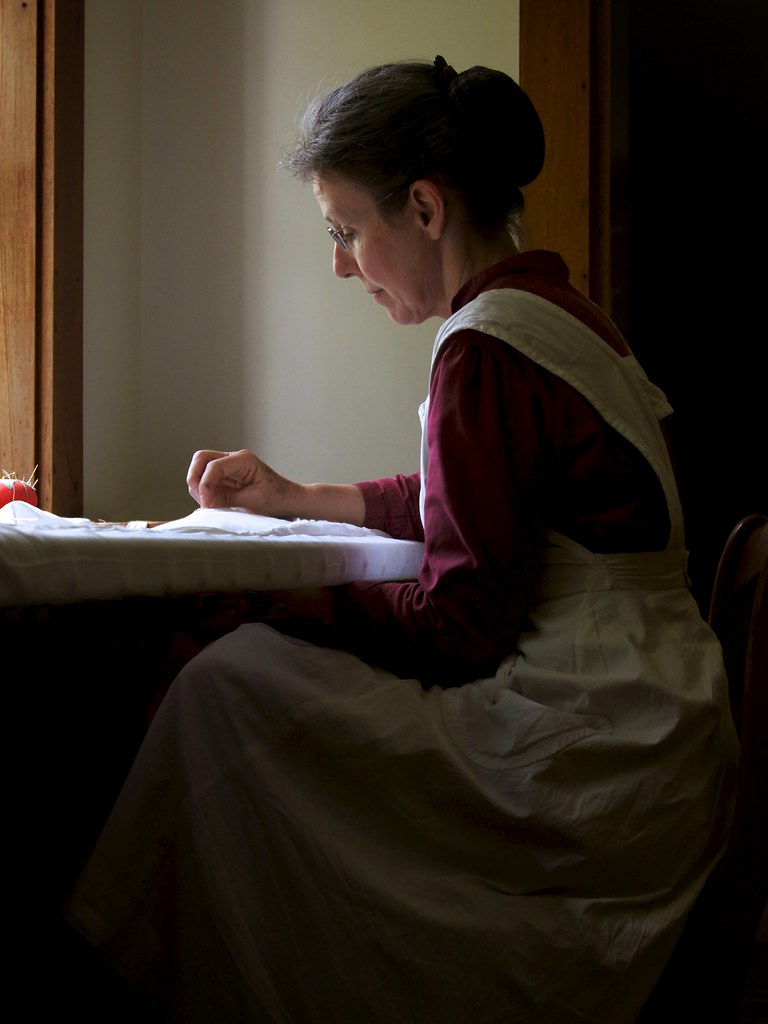 Mama sings while she quilts. Not very loud, but I can hear it and so can the cat. Her voice is soft and sweet. I could listen to her sing and quilt all day.

Mostly, Mama sings hymns and the songs she sang when she was little. I know that Mama sings for herself, to pass the time or for comfort. I can tell what Mama is thinking by the song she is singing.

When she switches to singing nursery rhymes, I know she is singing for me. Mama knows that I like the nonsense songs. I’m too old for nursery rhymes, but when Mama sings them, they are a special thought. Mama’s songs are like a hug when I need one.

Mama is telling me that she loves me, even if I did drop the eggs on the way in from the hen house this morning and Papa had to eat leftover corn bread with his coffee instead of eggs. Mama is like that. She knows how I am feeling and she knows when I need a song. 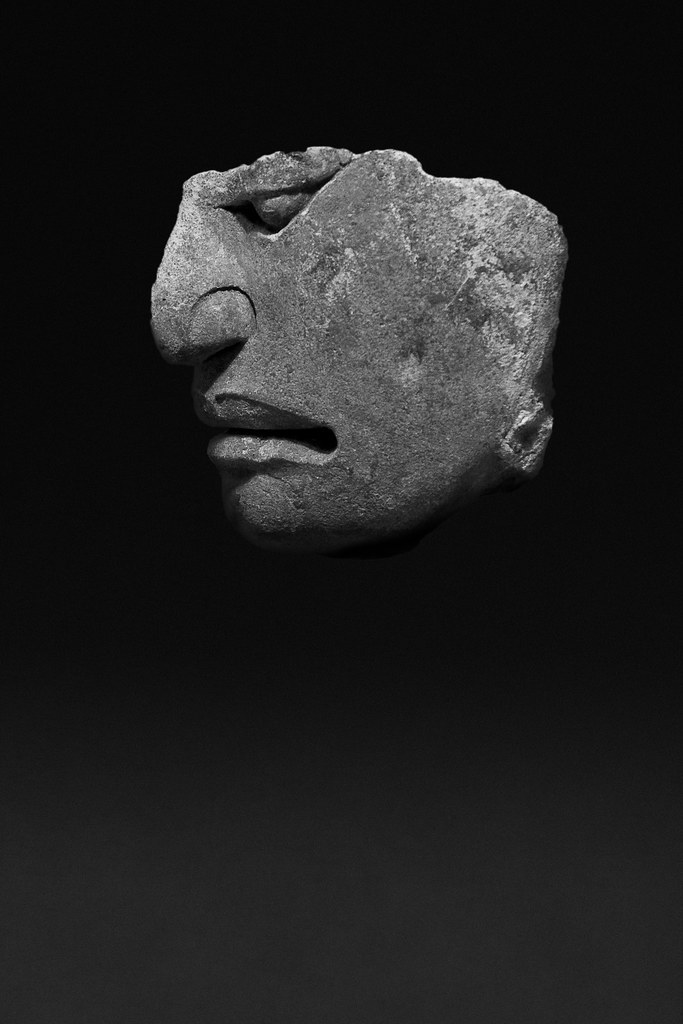 Cuetzpalli was not what you would call a happy person on a good day. Today, he was downright pissed at the world in general and at Tlazhotzin in particular. The girl had defied his wishes yet again. After he had specifically ordered her to stay away from that boy, he catches the two of them together.

Being a king didn’t help at home. He would punish the child severely, but his wife, Coaxoch would hear nothing of it. He’d like to personally tear the boy’s heart from his chest and place it on the alter on the next solstice, but that would not go over well at home.

What is a king to do? What is a father to do? 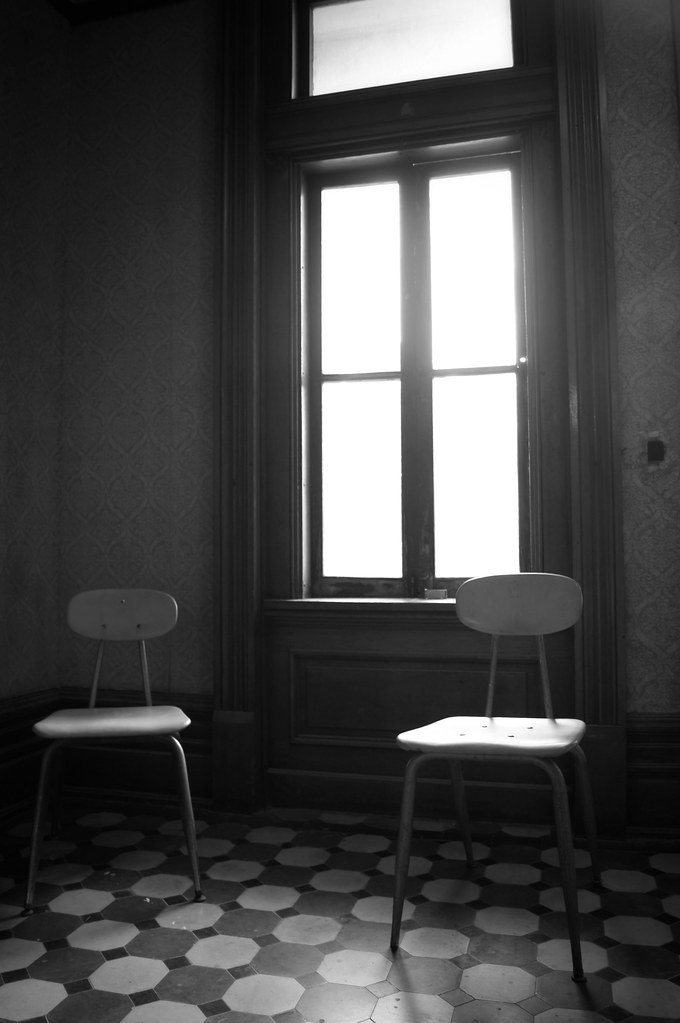 Sit here beside me. In this chair. Talk to me. Tell me that things will get better than they are now. I am so tired and I need to become lost in dreams.

Tell me about the ocean. Is it true that you can see for miles and not see anything but water? Can we sail across the ocean and visit foreign places? I want to hear French and Italian. I want to eat with fancy forks and taste fancy food.

Tell me about our children. What will we name them? How many will we have? I want our girls to look just like you, but I want them to have grandma’s red hair. Those girls will be pistols.

I am tired, so sit and talk to me. Hold my hand and we can dream together.

T’aint nuthin wrong with smokehouse bacon. Thas the truth. This‘d be a far worse a place witout it.

Ah likes me some smokehouse bacon n so does my dawg n that mangy cat too.

Today is our anniversary. On this day, sixty three years ago, I married you, Jessica Anne Hanaby.

Laying here, I can see the setting sun light up the clothes that you wore on our wedding day. You had a fancy french word for that outfit, though I can’t remember it any more.

Funny how time plays with my memories. I can’t remember that word, but I can remember that blouse and that day clear as a bell. Now, they are all that I have left of you. Those clothes and those memories. The rest are gone. Some to the church clothes drive. Some to the long years in between.

I still love you Jess. I miss you and it hurts me something terrible. The evening is the worst. That's when the house is quiet and I have time to think about you.

Every day, I still get up,I make my meals, and I keep the house clean. Not that I care anymore, but because you would have wanted me to carry on.

You are still… my beloved. 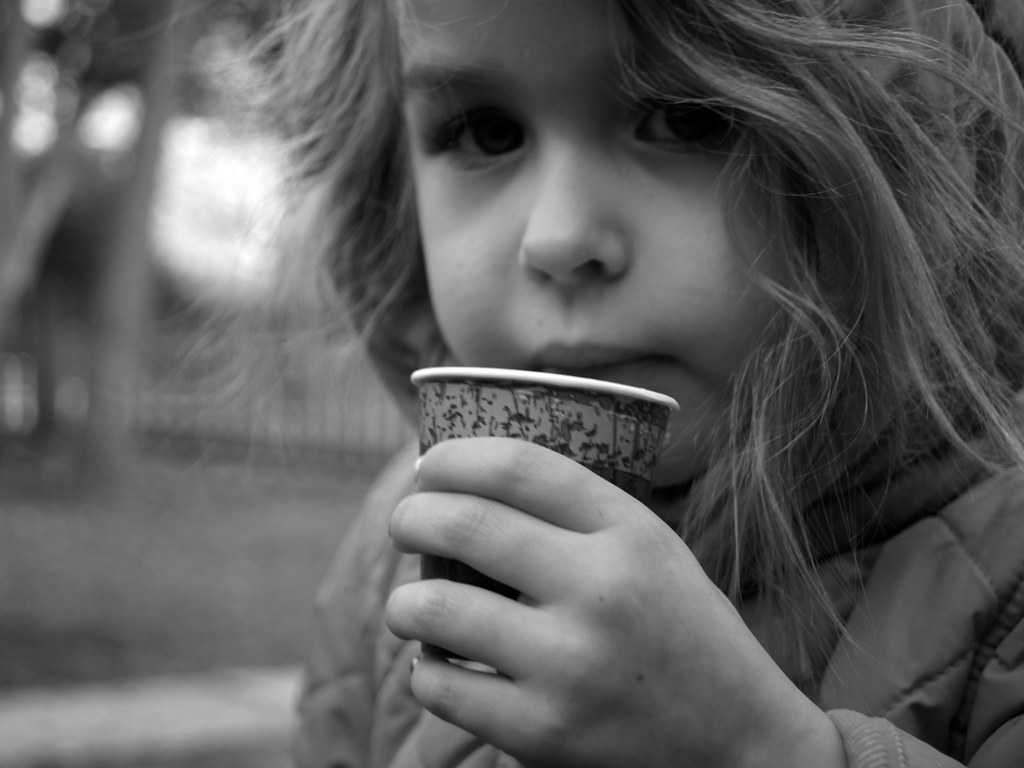 “Tell me about princesses”, she demanded.

“I’ve never met a princess. I don’t think there are many princesses left any more.”

“You are not doing it right”, she chided. “Tell me about their dresses”

“Ah, yes, their dresses. I think princesses all wear dresses made from pink and purple silk. They wear pretty jewelry made from silver and they have lots of sparkling diamonds. They ride on big white horses…”

“No, they ride ponies”, she corrected. “You are not very good at princesses.”

“I’ll try to do better next time. I’m better with frogs” 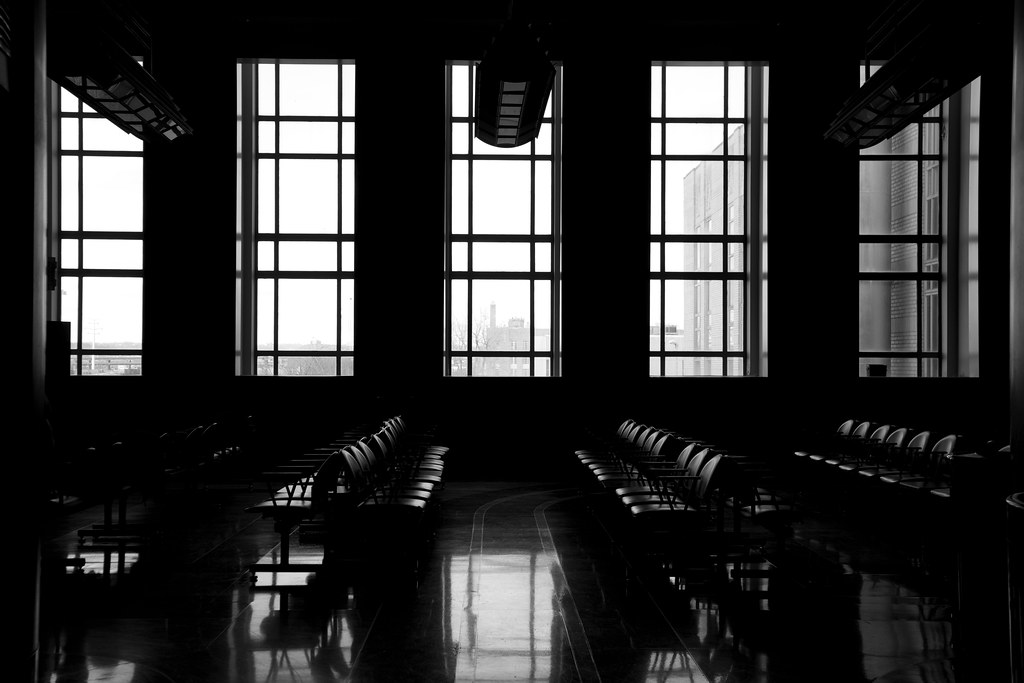 Detroit. I can see the question forming on your face, long before it reaches your lips. I am going to Detroit. I will be on the 3:14 with a one way ticket in first class. I am going in grand style because this will be my final trip, my last adventure.

No, Detroit doesn’t sound very exciting. It’s a city that is slowly dying a cancerous death and that is appropriate because Detroit and I will reach that destination together. However, Detroit is not important, it’s the long ride over the rails that is the real adventure.

Yes, there is an interesting story behind my trip. I’d be happy to tell it to you. Meet me in the saloon car at 4:00 and I will buy you a whiskey. We’ll smoke a cigar, you can hear the tale and we can pass a few hours in good company.