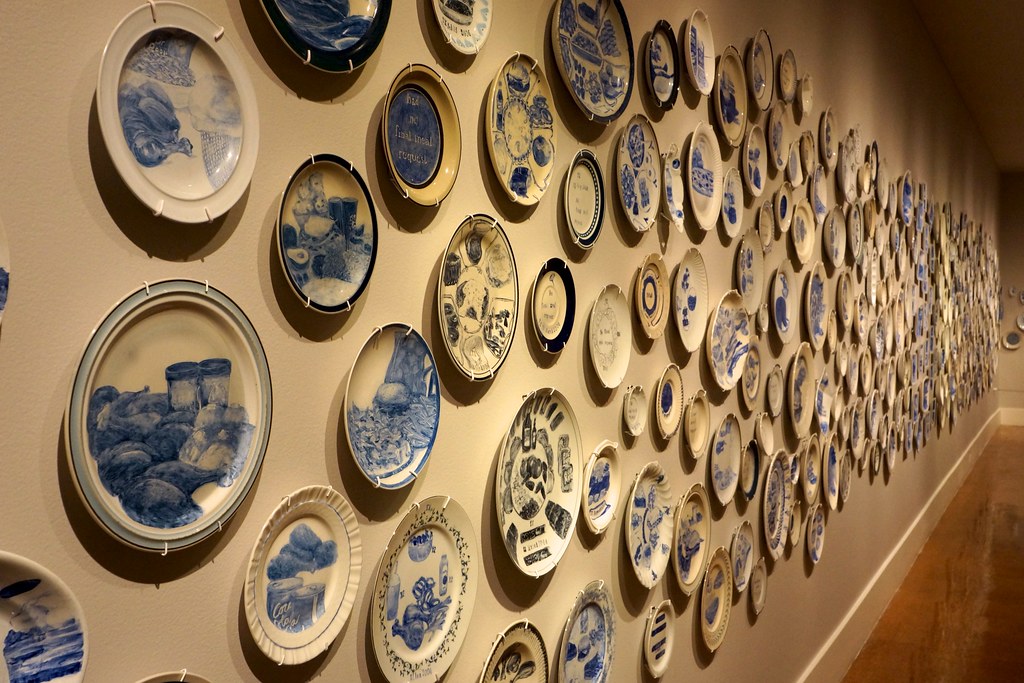 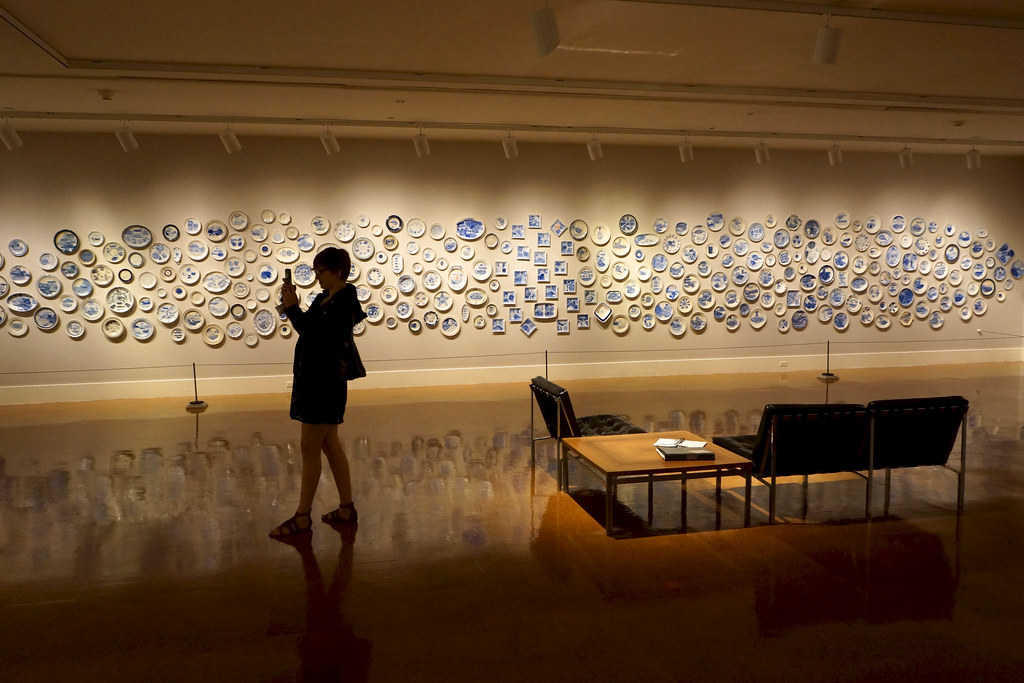 What immediately caught my eyes was the massive number of hand painted plates covering three walls. Most of the plates looked like second hand imitations of flow blue or dutch delft china. All of the plates were painted with images of meals. Not just any meals, the dishes showed the last meal of an executed prisoner. 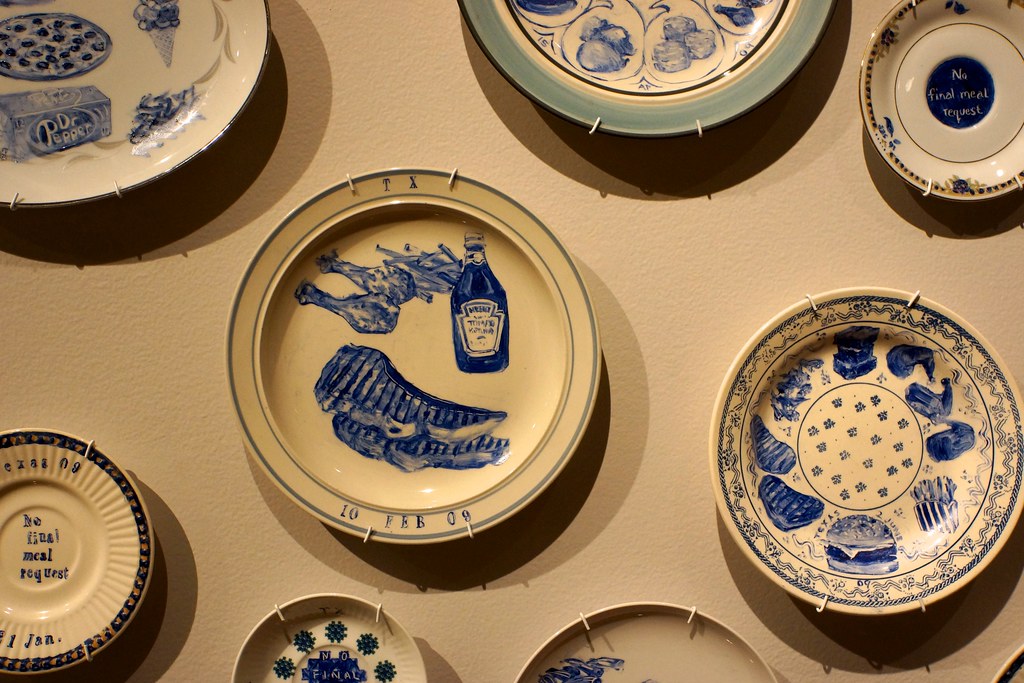 Numbering more than 540 plates, the impact of the exhibit staggered me. I don’t care which side of the controversial issue you fall on, seeing the sheer numbers of the plates combined with the humanity of the meals was thought provoking. The artwork was sure to make you think through the issue, rethinking your position, and perhaps even changing your mind.

Each plate was different. The prisoner’s last meal was depicted along with the date and state where the execution took place. As I looked at each plate, the fact that a real human being was killed soon after eating two pork chops, mashed potatoes with gravy, green beans, two diet cokes and a piece of pie, served to drive the issue home.

I wondered how many of the people represented by the plates were in fact innocent of the crimes for which they were executed?

It’s taken me more than two months to get to the point where I could share the images and write about them. The display was that powerful.

You can find out more about the exhibit at Julie Green’s website: Julie Green: The Last Supper

2 thoughts on “The Last Supper”