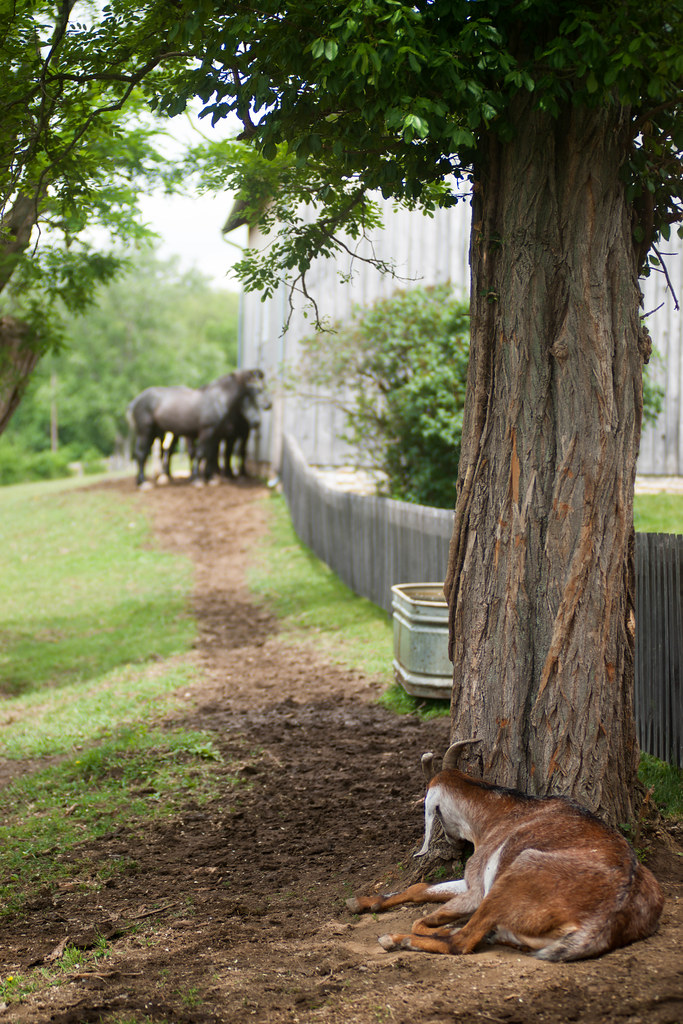 Zach has always thought he was one of the horses on the farm. He was raised along side them and what they did, he did. If they were gamboling and playing in the pasture behind the barn, then Zach was right there with them. He ate the same hay from the same hay rack as them. He drank from the same water trough.

It is no wonder that Zach was surprised when the horses decided that today, he couldn't play in any of their draft horse games. You would think he was some kind of hog, sheep, or even worse, a goat. Poor Zach. Poor clueless Zach.